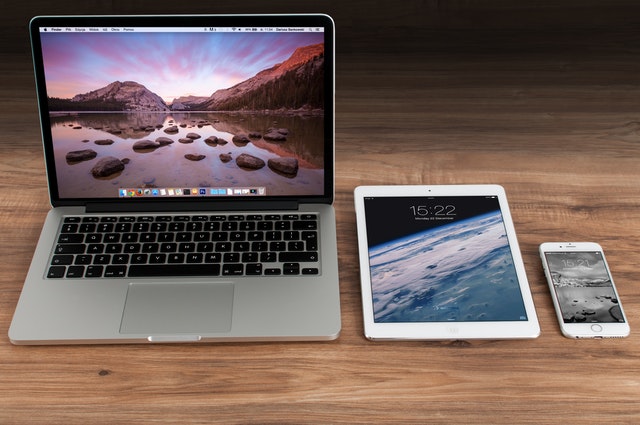 Unpacking Apple's ATT Feature: What It Means For Developers and Advertisers

Last week, Apple announced that its new App Tracking Transparency feature would be part of its latest OS updates. It means that iOS 14, iPad OS 14, and TVOS 14 will have ATT as part of Apple's new privacy protection framework. Devices with ATT, according to the company, enable the user to have more privacy. When an Apple device owner opens an app or downloads one from the App Store, the device will notify if they want to allow tracking across websites or third-party apps.

This update is a significant moment in digital marketing. Essentially, we now have a computer manufacturer driving significant changes to regulations in advertising. Regulatory mandates used to be only from government or industry-based agencies. This new move from Apple is like a stadium owner telling sports teams what brands to show on team apparel, what ads will appear on the large-screen video display, and which ones will air on TV.

Yet assuming this role is not new for the tech giant. ATT is a continuation of Steve Jobs' privacy philosophy. In 2010, during that year's Journal D8 conference, Jobs talked about how data privacy should be tech companies' responsibility. "Privacy means people know what they are signing up for, in plain English, and repeatedly. That's what it means," he said, taking a more conservative view of data than most of Silicon Valley.

What Does ATT Mean For Apps And Analytics?

Like developers, analytics practitioners have a lot to consider in terms of end-user privacy. Since analytic software development kits are third-party sources, it will affect data processing in ATT-enabled devices. Data frameworks that require ATT could delay and aggregate event reporting, affecting analytics dashboards using that data.

Developers building business models around apps will have to track the percentage of traffic that goes through devices with an Apple OS. Since Apple controls 40 percent of the smartphone market, developers and app owners will need to know how much of their user base will be affected by the ATT update.

It also serves as a reminder for developers and analytics practitioners that privacy compliance and data protection are vital components of working with data. QA processes need to clarify data usage. User permissions should include descriptions of collection methods and the risks involved in providing data.

What Does ATT Mean For Google Users?

In response to ATT, Google published a document for companies who want to prepare for Apple's policy changes. Since some Google developers are part of the iOS ecosystem, they might have to make some adaptations. Here are things Google advises for their partners who could see changes because of the new ATT feature.

1. Consider The User Journey Across Messages

Developers and publishers part of iOS 14 must pay attention to the notification wording and run tests that work best in their app's context. For some developers, an explainer message immediately before the ATT prompt is suitable. This kind of notification provides details on how users can opt into ads.

In case a developer shows an explainer message, they can use Funding Choices for creating an EU user consent message before the ATT prompt. Note that there is still Google's EU user consent policy for users in the European Economic Area and the UK on top of Apple's new policy. Publishers of apps in this region should consider this when designing a user journey that incorporates the ATT alert.

2. Be Prepared For iOS Campaign Fluctuations

Advertisers must also expect iOS app campaigns to have volume fluctuations. App campaigns for engagement will see a significant decrease in activity, and they have to monitor their app campaign delivery and performance. Adjusting budgets and bids might also be necessary for them to achieve their goals. Google warns app publishers that they will most likely see a significant impact on their Google ad revenue after the ATT policies are in place.

SKAdnetwork is Apple's new framework verifying installs from different ad networks where publishers can promote apps. Upgrading to the latest version of Google Analytics for Firebase will automatically register apps for SKAdnetwork attribution. Developers can also use another SDK that supports SKAdnetwork or personally implement Apple's API.

In preparation for ATT, developers should only use target cost-per-impression or target cost-per-acquisition bidding. They must consolidate app install campaigns to maintain optimal performance. There should only be eight or fewer app install campaigns for each iOS app. Even developers participating in Google's beta for target return on ad spend campaigns on iOS should pause these campaigns and revert to tCPA. Doing this eliminates variables that could distort the figures and allow developers to see clear reports on conversions.

6. Use AdMob To Protect iOS Monetization

Finally, Google directs ad publishers to their AdMob Help Center for ways on how to improve iOS monetization. Aside from checking documentation and enabling SKAdnetwork support, they advise advertisers to follow their Learn with Google education series for the latest in iOS campaign management.

In Summary: Significant Changes Ahead

APIs have always provided the option to detail the amount of data that applications share. However, Apple's ATT intends to make privacy protection more intuitive. Consumers do not have easy access to technical details, and ATT provides that. The feature also lets them compare different apps' privacy protection measures. However, the increase in security means that ad publishers, developers, and others engaged in analytics will have more responsibilities.

App publishers and advertisers must also explore other channels for engaging their audience beyond PPC. Search engine optimization is a viable option. SEO helps organizations drive consistent traffic to websites and other digital properties, providing a reliable way to reach target markets despite the many changes in paid advertising today.

Future-proof your engagement by complementing your paid ad strategy with weekly content from Ranked. We provide affordable, high-quality SEO solutions designed to grow your audience over time. Get in touch with us or activate your account today!