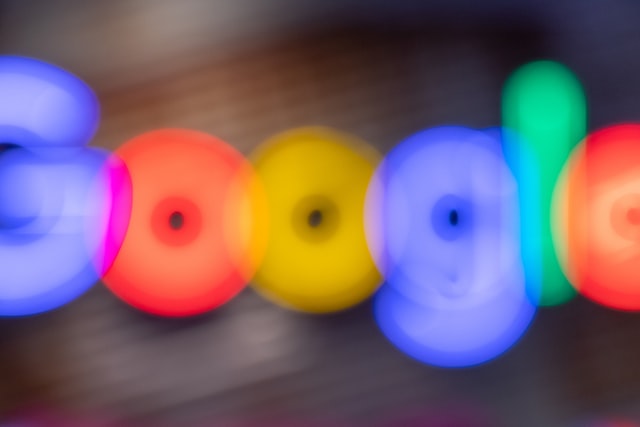 If you are new to SEO or digital marketing, you are probably unfamiliar with the complete history of Google Search. Even seasoned SEOs don't know everything about this search giant, and that's okay. Google has gone through so many iterations and updates that it is impossible to remember them all!

However, there is value in knowing significant developments in search, especially for SEOs, business owners with websites, and marketing professionals. Today we will delve deeper into why Google Search is the way it is today. We will also be looking at significant updates that have changed how Google behaves and its implications for businesses.

Google started in 1996 as a research project for Stanford graduate students Larry Page and Sergey Brin. Programmer Scott Hassan was responsible for most of the project's original code. A year later, they register the domain Google.com.

On December 11, 2000, Google Inc. launched the Google Toolbar. On the company's announcement about the launch, Page said, "The Google Toolbar provides fast access to Google's best search tools from any web page on the Internet."

The Google Toolbar allowed users to search pages of any website on the Internet, laying the groundwork for digital commerce today. Its PageRank technology also automatically determined web page importance for all pages browsed, the precursor to today's page ranking algorithms.

On September 1, 2002, there was reportedly an unconfirmed and unnamed update that lowered search quality for many websites online at the time. People don't know much about this update, but SEO experts agree that there was more to it than the usual PageRank ones.

The following year brought the first named Google update, Boston. Initially, the search company wanted major monthly updates, so it did algorithm changes and index refreshes at first, colloquially known as the "Google Dance." When it became clear that the search engine needed more frequent updates, they scrapped the idea of updating monthly.

The Fritz update of 2003 is the first formal announcement of Google's switch from a monthly to an incremental approach to updates. Finally, the Florida update of November 2003 brought an end to keyword stuffing and other low-value SEO tactics.

These two years brought plenty of lasting changes to Google Search. If you were a website owner and heavily invested in 90s-style optimization at the time, these updates would have caused your rankings to take a nosedive. People learned that Google prioritizes searchers instead of optimizers, which business owners can use to guide their web design and development decisions.

Early 2004 brought even more changes to the search engine. There was the unconfirmed Austin update of January, which reportedly cleaned up what the Florida update missed. Pages that used invisible text, meta-tag stuffing, and other deceptive on-page tactics received lower rankings.

The following month brought another update, Brandy. Through it, Google rolled out index expansion and shifted to LSI or latent semantic indexing. LSI improved the search engine's ability to understand synonyms, which increased attention on link neighborhoods and content. This update also changed how Google viewed links and anchor text and downgraded the value of CSS, H1 and H2, bold, and italics tags.

The Brandy and Austin updates show the start of Google putting more weight on relevance instead of techniques. It also brought about the need for link development strategies, which led to outreach and link building as we know it today.

In January of 2005, Google, Yahoo, and Microsoft collectively introduced "nofollow," an attribute that helps clean up spam links and blog comments. Although this is not an algorithm change, it paved the way for changes to the link graph. In May, the Bourbon update improved spam filtering and updating of backlinks. It also targeted duplicate and non-canonical content as well as irrelevant or fraternal links.

Besides cracking down on spam and bad links, Google also rolled out a more personalized version of search in mid-2005. Unlike previous versions of personalization, this one used the browser's search history to customize results. Search history did not make waves when Google first introduced it, but it would have more uses later on.

June was also when the search company introduced XML Sitemaps. With this update, Google allowed developers to submit sitemaps through Webmaster Tools instead of HTML sitemaps. This change gave SEOs some control over how their pages get crawled and indexed.

Meanwhile, the Local/Maps update merged Google's Maps data into the Local Business Center, launched in March. Merging Google Maps with LBC is one of the first steps toward local SEO that the search engine took.

Finally, in December 2005, Google announced Big Daddy, an infrastructure update that rolled out until March of the following year.

This update changed Google's approach to crawling and indexing and several technical issues like 302 redirects and URL canonicalization. Google software engineer Matt Cutts had this to say about Big Daddy causing pages disappearing from the regular index:

"[It happened on] sites where our algorithms had very low trust in the inlinks or the outlinks of that site. Examples that might cause that include excessive reciprocal links, linking to spammy neighborhoods on the web, or link buying/selling."

The Big Daddy update evaluated both the quality of links and the number of trustworthy links on a page. Google's system relies on natural linking, and spammy techniques eroded the quality of their index. This is probably the reason for implementing this update. Matt Cutts did note that due to Big Daddy, the search engine made their indexing more efficient, so that is another possible reason for this update.

The 2005 updates showed Google introducing even more features and attributes that would shape the way businesses create websites online. With the penalization of link-buying and spamming, companies saw that they had to use other ways of getting people interested in their digital presence.

On the surface, merging the LBC with Maps data, personalized search, and changes in link building seem to be against the interest of businesses. Eventually, companies learned how to leverage these changes to grow their website traffic. Local SEO uses a combination of Maps data and keyword research, personalized search provides data for PPC campaigns, and today's link-building strategies create link neighborhoods that make sense in context.

Google's algorithms are in constant flux, so staying on top of updates and changes will help business owners who want to grow an audience online. While you don't need to know everything about this company's history, familiarizing yourself with the significant developments and how they affect a business certainly helps.

Stay tuned for Part Two of our series, where we will discuss the changes from 2006 to 2010.

For more actionable insights for digital growth, team up with Ranked today. We provide fully managed SEO to agency partners and enterprise owners in more than 40 countries worldwide—book a call with the team to learn more or activate your account today!